The moment that many of you have been waiting for is finally upon us… The Iron Man 3 trailer has been released!!!

It would appear since The Avengers Captain America and Iron Man have managed to put there differences behind them. Long enough at least to make this mechanical love child that seems to be the villain in this latest flick.

Also, I’m assuming this is an international trailer as it seems to contain at least 2 seconds from every scene in the film. Why must they insist on doing this? I was looking forward to watching the entire film but now I feel like I’ve already seen it.

Just in case you were interested, here’s the equally exhaustive blurb:

In Marvel’s “Iron Man 3”, brash-but-brilliant industrialist Tony Stark/Iron Man played by Robert Downey Jr., is pitted against an enemy whose reach knows no bounds. When Stark finds his personal world destroyed at his enemy’s hands, he embarks on a harrowing quest to find those responsible. This journey, at every turn, will test his mettle. With his back against the wall, Stark is left to survive by his own devices, relying on his ingenuity and instincts to protect those closest to him. As he fights his way back, Stark discovers the answer to the question that has secretly haunted him: does the man make the suit or does the suit make the man?

Iron Man 3 continues the epic adventures of “Iron Man” and “Iron Man 2”, starring Robert Downey Jr., Gwyneth Paltrow, Don Cheadle, Guy Pearce, Rebecca Hall, Stephanie Szostak, James Badge Dale with Jon Favreau and Ben Kingsley, “Iron Man 3” is directed by Shane Black from a screenplay by Drew Pearce and Shane Black and is based on Marvel’s iconic Super Hero Iron Man, who first appeared on the pages of “Tales of Suspense” (#39) in 1963 and had his solo comic book debut with “The Invincible Iron Man” (#1) in May of 1968. “Iron Man 3” arrives in UK cinemas on April 26th 2013.

If you can forego the slightly saccharine outlook of the forgivingly pretty presenters, then Clevver Movies is a really good YouTube channel to subscribe to. Regular uploads keep followers abreast of breaking trailers, movies and Hollywood goss… but never this-

Based on the upcoming movie Seven Psychopaths (obvs), Tozzi has turned the all star cast into all star cats, to much amusement. For me, Christoph Walken makes the best pussy there but who’s you favourite famous feline?

Check out the original trailer here.

This is a great idea with some beautiful design to back it up. Removie Posters are redesigned movie posters with one letter missing. Here are a few of my faves: 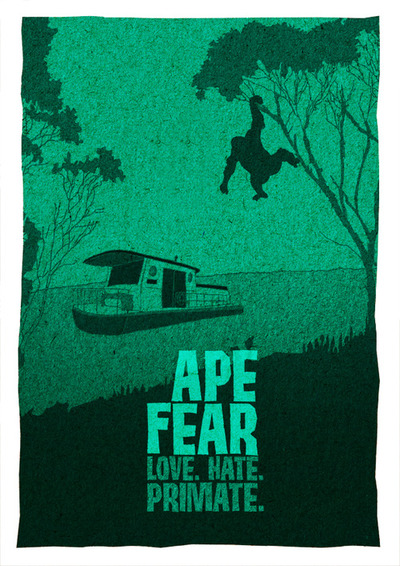 When it comes to composition, they same symmetry is a cruel mistress. That is never more apparent than when in film. To use it insouciantly would be foolish but to master it… would be an art.

See a real master at work:

To learn more about the complexities of symmetry in film making, see here.

Jettisoned to my mainframe by the brilliant @daniisbeing.

I don’t think it’s going to be quite as successful as Rob Zombie’s move into movie making or Mos Def’s decision to tread the boards but I am already looking forward to the Wu-Tang’s RZA’s directorial debut.

This weekend saw the release of the new Spidey viral. Here we see Dr. Curt Conners (played by Rhys Ifans) requesting interns for Oscorps latest regeneration programme, one that may see the limb lacking Connors take a turn for the worse.

As enticing as this may be, let us not forget all the hard work Sam Raimi put into developing Dr Connors character in the form of Dylan Baker. For two films he sat at the back of the class , one arm sleeve completely and subtly turned up whilst he gently forged a relationship that would soon test the moral fabrics of our troubled teen protagonist. This slow but ever present character development really resonated with me and I couldn’t wait for the next episode of the Spidey saga so I could see what becomes of the friendly Dr.Connors. Unfortunately, as we know, Raimi threw in the towel and the worlds most iconic, comic character was thrown into a dark gothic world. 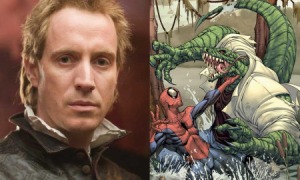 Only time will tell whether Garfield can embody Peter Parker as well as Tobey Maguire did, or whether 500 days of Summer director Marc Web really has got the wrong end of the stick.

What an epic way to start the week.

Not only did Sunday night take us to the far ends of the Earth… nay, universe with the latest trailer in Ridley Scott‘s eagerly anticipated Aliens prequel Prometheus but yesterday Christopher Nolan blessed us with tension building teaser for the last instalment of the Dark Knight trilogy, TheDark Knight Rises.

And here they both are:

This was probably one of the most effectively publicised trailer releases I have ever witnessed, mainly thanks to Zeebox (your TV sidekick). To rally support for both the upcoming film and TV’s  rapidly growing social partner, Zeebox, they ran a ticket giveaway awarding a lucky few Tweeters that hashtagged #AreYouWatchingThis and #Zeebox during the initial airing of the trailer on Channel4. By the looks of things on Twitter it would appear hundreds tuned in not to watch Showtime’s new hit TV series Homeland but instead to sit through the ads (WIN!).

And if you thought it couldn’t get any better, Nolan releases more footage of the legendary Dark Knight, featuring more explosion, more characters, more plot and more atmosphere than a basketball match against real Bears and Raptors.
If you were to ask me, which you didn’t but you’re getting it anyway. I think he gave away a little too much, especially that last little snippet (if you haven’t got there yet, don’t ruin it for yourself). It also helped reassure me that despite Bane having only a fraction of his titan based body, Tom Hardy is still going to make him an enemy to remember AND that Anne Hathaway will indeed make a shit Catwoman.

(Thanks to @VickyHinault for the Dark Knight trailer)

FJNicholas
Create a free website or blog at WordPress.com.