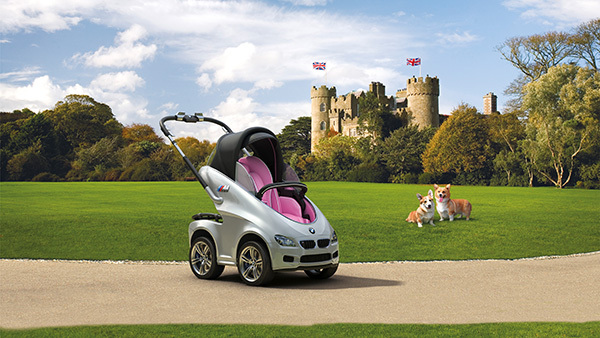 There has been many entries from many fools this morning, and much like the rest of the year, April Fools Day has been awash with tech based solutions, not least from the gigagiant Google.

Here’s quite a broad round up from Tech Crunch, including… Paying for vowels on Twitter AKA Twttr, get Cannabis straight to your door via Love With Weed and Sony release Animalia, tech for ya pet.

But my stand out favourites from this foolishly funny selection have been:

April Fools’ Day 2013: A round-up of the best jokes and hoaxes

And to finish out this post, here’s an April Fools message from the President.

… So you can imagine how chuffed I was to discover this:

It turns out there is even more. Not only have they taken their 3D Google cams underwater but they are also running hangouts from the watery depths:

Their next under water web chat is taken place tonight (yes… night). You can keep abreast of all the upcoming action here.

So the seemingly video based pop band, OK Go, have just released their latest music extravaganza. This time in the form of an all singing all dancing HTML5 muti-window extravaganza (although it does highlight the danger of getting too close to spandex).

Unlike all their other videos, the four friends have worked alongside Pilobolus, to choreograph this multi-talented, spandex laden, dance routine. It’s pretty special and the the little bit of personalisation presents a lovely finishing touch. Lets just hope the single sales do a bit better this time.

The video is only available in Google Chrome and although some may claim it is interactive… it is not. However the the little bit of  personalisation it allows is quite sweet. Have a go here.

DISCLAIMER: This post has been rushed and created without the use of Google Chrome.

I heard it was really hard to add extra functionality to a YouTube page (which I actually like). But I suppose when you own the bloody thing you can do what the fuck you want.

Love this interactive YouTube page, promoting 4 key features of the phone in a very engaging way.

Have a play here

I spent pretty much all day on this yesterday and it looks like I might do the same today.
Well… I’m gonna need to get a screen grab.

Google have owned many online commodities over the past decade and if they keep going the way they are, April Fools will be next.  In fat, I expect that will be next years thing… Google Fools Day.  This way there’s no reason for it to be in April, they can make it any day they want.  Who remembers why we celebrate the first of April anyway?  It’s like Christmas, who knows why these things started and for that matter who cares?

Last year we saw Google Translate for Animals, but this year they just can’t stop rolling out their April Films.

But why the fuck is Googling Helvetica an April Fools gag?

Maybe they released it a few days ago and it’s only just caught on, but having the text on my screen [SPOILER WARNING] turn to comic sans does not stitch me up in the slightest and you’re a fool if you think it does.  Maybe that’s it, the double-fool-bluff, now I get it. (That was sarcasm)

This morning I have taken much pleasure in  strolling around a number of top gallery all across the world.

Yes, a huge feat for most men, but I have barely had to leave my seat.

You can do it too, with this virtual tour thanks to Google ‘street view’. 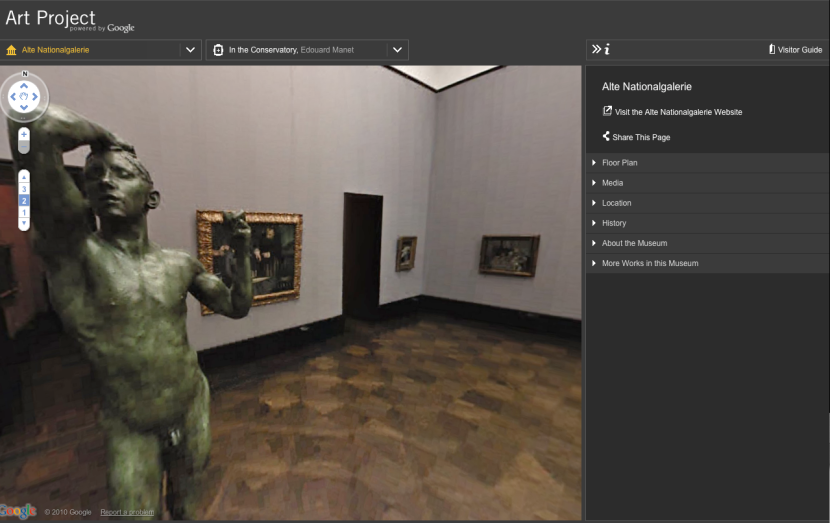 Right, now I’m going back to get cultured.

This is an excellent use of a Google Translate, using phonetic tones to beatbox.

Visit the site and listen to the bomb beat here.

And to celebrate such a monumentous occasion, Google has once again changed their logo…

…Into a fully functional game of Pacman: 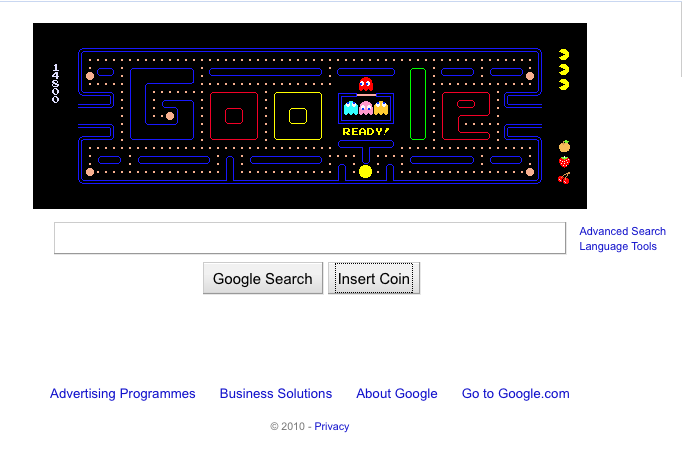 People just KEEP creating art from content just handed out on the internet.